One thing that people living in the towns situated on the shores of the Mureş river have learned better than others throughout history is how to protect their homes from the fury of the water.
In the past, devastating floods resulted in serious damages on both sides of the border. In Romania alone, the 1970 floods which hit the North- Western part of the country had seriously affected more than 1,500 communities. That year, in May, the water of Mureş river reached the highest level in the history of measurement, threatening Arad city.

Fifty years later, the inhabitants in the cross-border area are ready to face any whimsy weather together. Although the flood might never strike again, no one should take a bet against such odds…

Thanks to the FORMURES project, the Water  Administration of Mureş River Basin in Romania and the Lower Tisza District Water Directorate in Hungary are now working on improving the infrastructure against floods and on mapping and designing joint databases on specific risks, thus ensuring an effective level of protection against floods.
FORMURES amounts to a total value of more than 2.68 million EUR and it is implemented over the period spanning from April 2018 – September 2020.

Engineer Cristian Bratanovici, Director of the Water Administration of Mureş River Basin, explains the need for this project: “On the Romanian
section of the Mureş river, on the Pecica-Vladimirescu defence line, there was a risk of flooding the town of Arad, as a result of continuous degradation of the embankment and of the erosion process occurring on the shores of the Mureş. Also, the degradation occurring in the pump station
from Makó is increasing the flood risks associated with the Makó area.”
As regards the investment in Arad, “the works were initiated following the design of the technical documentation and after receiving the required permits”, stated Mr. Cristian Bratanovici.

A lot more is still to be done; nevertheless, the project is about to become a successful one.
Due to this project, people living along of the border have one more reason to feel safe in their own homes. Starting with autumn 2020, more than  323,000 persons will benefit from improved protection measures against floods. 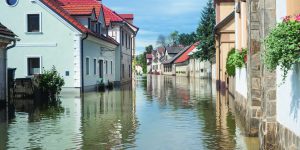 Rural village houses in floodwater. Road with the river overflown with the residents in their homes. Floods and flooding the streets. Natural disaster. 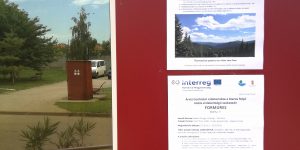 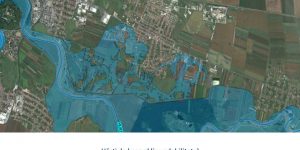 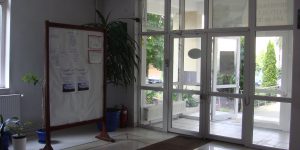 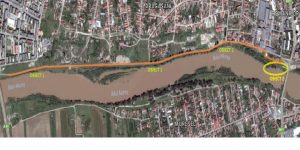 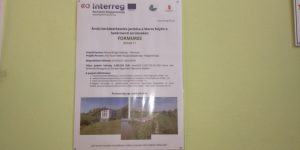 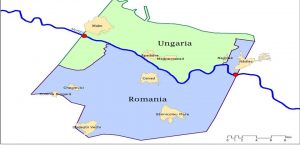 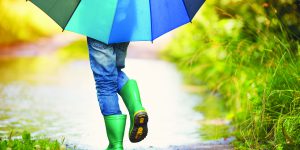