Joint meeting of mayors from Bihor and Hajdú-Bihar counties 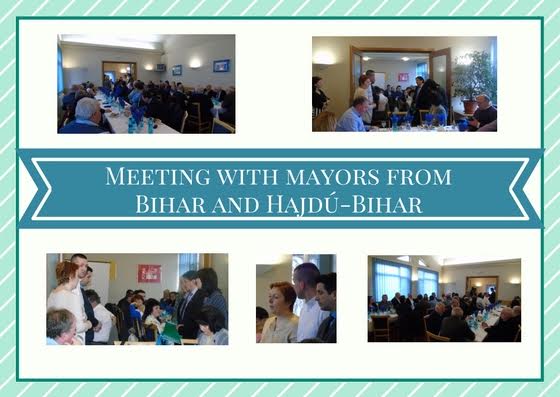 At the invitation of Oradea Metropolitan Area, the Joint Secretariat participated yesterday, on the 1st of March 2017, in a joint meeting of mayors from Bihor and Hajdú-Bihar counties.

The meeting took place in Borş Commune and gathered about 60 participants coming from both countries, Romania and Hungary.

The objective of the meeting was to facilitate the creation of new partnerships and the renewal of the old ones, as well as to identify projects to be financed in the context of the two active Calls launched within our Programme.

The Joint Secretariat presented the financial opportunities and the launched Investment Priorities, answered the questions raised by the public and distributed information materials.

Good luck and keep on cooperating everyone!

Are you sure your hands are clean? Learning the correct techniques for washing and sanitizing hands in the schools of Hódmezővásárhely and Makó, within the project ROHU-361