On Wednesday, November 13, 2019, the first meeting of the Programming Committee, the structure responsible for the strategic planning and programming of the Interreg Program between Romania and Hungary for the period 2021-2027, was held in Nyiregyhaza (Hungary).

During the meeting, several important issues were discussed including the role of the Programming Committee and its responsibilities, as well as the indicative timing of the programming process. Also, the draft regulations on the cohesion policy of the European Union for 2021-2027 were presented and discussed, focusing on five objectives:

Both events benefited from the presence of Mrs Valeria CENACCHI, from the European Commission (DG REGIO, Unit for Cross-Border Cooperation), who, during the meeting of the Programming Committee, congratulated the programme’s bodies on the quick start of the preparation of the future program and acknowledged the progress as compared to other programs. During the meeting of the Monitoring Committee, the representative of the European Commission also noted the progress made by the Interreg V-A Romania-Hungary Programme and appreciated the Managing Authority’s capacity to manage the Programme. 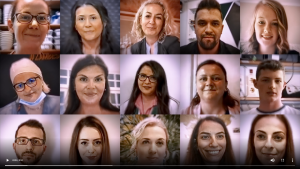